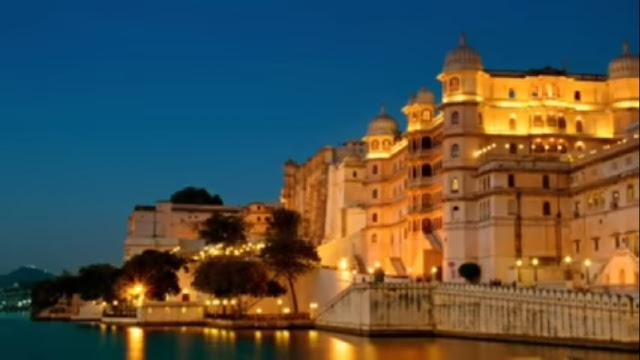 Rajasthan has literal meaning - "the kings'. While scattering its colorful culture, this state has attracted not only national tourists but also at international tourists.

Not just worth seeing, it is worth remembering throughout life. Here the folk songs and folk dance also cooperate with their local culture to maintain existence.

It is also called the land of the kings or Rajasthan, due to this, many fortifications, forts and palaces temples are found here, which were built by many kings to protect their princely state and to avoid attacks from the durams like:-

Rajasthan's main tourist destination will make you crazy. Beautiful and luxurious havelis will become you.

The traditional food here will fill water in your mouth and you will not be able to live without eating it.

Most Visited Tourist Places in Rajasthan

Rajasthan is beautifully laughing. Just late, come here and live every part of it. From natural beauty to wonderful art display you will find all the appreciable sites.

This city is a wonderful mix of amatives and modernity. This is famous all over the world by the name of Pink City (Pink City). The capital region of Rajasthan, which will make you enchanted from its beauty.

This city enhances its beauty from beautiful forts, temples and museums. Bapu Bazar is the most famous market that is known for traditional items of Rajasthan - colorful Jaipuri Dupatta, Rajasthani intensive etc.

The city of Rajasthan which is called the "City of Lakes". Surrounded by the Aravalli mountains, this city is a symbol of natural beauty.  Surprising architecture will compel you to come to this city. Take a boat ride in Lake Pichola like you will get into the nature.

Nestled in the valley and surrounded by four lakes, this city is called "Kashmir of Rajasthan". The name of this city is proudly taken in the attractive state of Rajasthan. The main places here are - Sajjangarh Fort, Fatah Sagar Lake, Vintage Car Museum, Iklingji Temple, Dudh Talai Musical Garden, Jaisamand Lake etc.

The "Golden City" of Rajasthan, is given this name because of the golden yellow sand dunes flying in the Thar Desert. This city, located close to the border of Pakistan, is a popular tourist destination of Rajasthan.

It is the only mountainous region of Rajasthan.  It attracts tourists with its green and cool environment. The important historical tourist destination of Rajasthan includes the Dilwara Temple here. It is a symbol of historicism and incomparable architecture, which is very famous all over India.

If you are not fond of history, then you can enjoy the views of Boating in Nakki lake and watching the sunset from Sunset point. It can also become a romantic destination for you and your partner.

It is said that the desert in India originates from this city, whose name is Thar. And for this reason the city is also known as "Gateway to Thar". The most famous place here is the Mehrangarh Fort which is a confluence of history and culture.

This fort is one  of the largest forts in India. Using Rajasthani architecture, it is so finely sculpted that every corner, you will be surprised to see.

There are two temples and a museum inside this fort itself. At the entrance of the fort you will also see a glimpse of Rajasthani folk songs, which will please you. It is probably the biggest fortress in Rajasthan. The city is also known as the "Blue City" due to its blue walls, blue walls and blue houses.

Surrounded by the Aravalli hills, this city is famous for Muinuddin Chishti, Dargah Sharif.  If you want to witness the Mughal architecture by coming to Rajasthan, Ajmer is a very peaceful and spiritual city.

Ajmer is a place of Hindu and Muslim devotees in the heart of Rajasthan.  Every year huge crowds throng here. Another specialty of this city is its culture and craftsmanship. This is a religious place where you can get peace of mind.

A great holiday spot that should be on your list. This place, which is included in the major tourist destination of Rajasthan, is a center for travelers fond of taking pictures of wildlife. The National Park spread over an area of ​​392 km is the best place to see amazing birds and animals in their natural habitat.

Bikaner is considered a paradise for culture and tourists. Riding camels and going through sand dunes will give you a unique experience. The ancient palaces and forts here will astound you.  This city is called the "country of camels".

Bikaner is famous for its amazing architecture, culture and art. Bikaner is also famous for the international camel festival, which is visited by people from all over the world. The Junagarh fort here is also worth seeing. Where you will be able to feel the history of Rajasthan.

It is one of the most antiquated urban areas, one of the five heavenly homesteads. This is the lone city with a sanctuary committed to Brahma and is renowned for this. India's largest camel fair is held here in November. Small colorful shops include craftsmanship items at cheap prices.

The culture here attracts tourists. The name of this city is also taken with great pleasure in the major tourist destination of Rajasthan. Because this city has that specialty, which can focus the attention of the travelers.

This city is known as the "Heaven of flying creatures". It is a city full of culture, which enhances its simplicity, it is famous for Keoladeo National Park. There are 370 species of birds and animals here, but it is more popular than the name of Bird Century.

You will find a lot of unique birds here. There are 230 species of birds, 200 types of other animals such as fish, turtles, snakes, lizards, etc. and 350 types of flowering plants are in place.

Rajasthan is a historical state and for its proof you will get to see historical and beautiful tourist attractions in every city of Rajasthan.

Most popular tourist places in Nainital 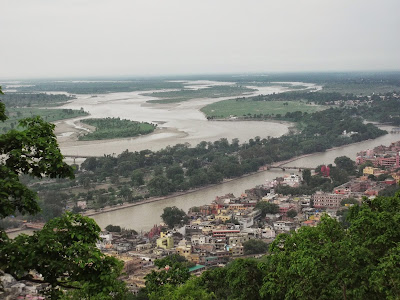 My first trip of Haridwar, Hrikesh and Dehradun 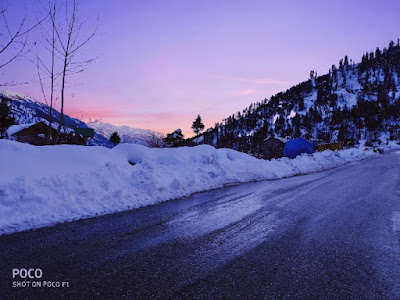 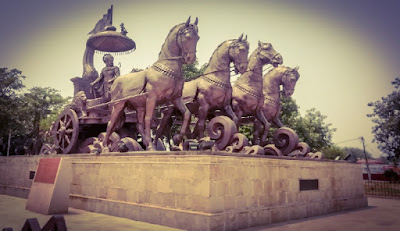 Top 13 most visited places in Haryana

My first travel journey of Mussoorie with friends 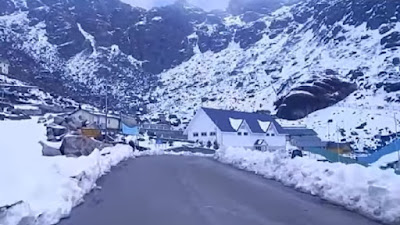 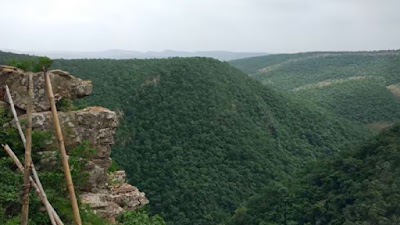 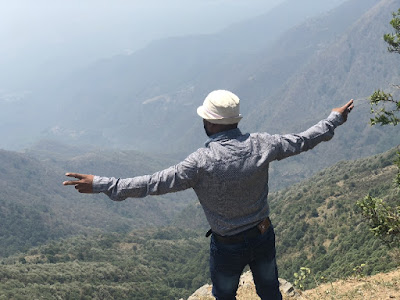 Must visit Best 30 places in Mussoorie 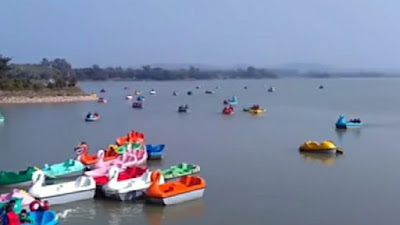 Popular posts from this blog

Top 20 Most Visited Places in Jammu and Kashmir

September 24, 2020
Top 20 Most Visited Places in Jammu and Kashmir Jammu and Kashmir Nestled in the lap of the Himalayas , Jammu and Kashmir is a union territory and is known throughout the country and the world for its natural beauty. Many scenic spots, tourist places, temples and monasteries are located here.  It is one of the most popular holiday destinations in India, Jammu and Kashmir. The famous Mughal emperor Jahangir is said to have announced after seeing the beauty of the place that there is a paradise on earth. There is no fixed time or month to visit this place, as Jammu Kashmir attracts tourists with its pleasant weather throughout the year.  Jammu Kashmir is a good place for trekking, but all these activities are closed during the winter season. Kashmiri Apple  So if you are planning to visit these places, then definitely see if the places you want to visit are also open or not. In this article today, we will tell you about the famous tourist destinations of J
Post a Comment
Read more

June 04, 2020
I am Rajkumar Baghel and I am a professional traveler and I am seeing you through my experience blog related to travel. The best tourist places in Anantapur district .   Every place and region has its own history behind it. Also, all the local residents here are saying about Anantapur .   Anantapur Andhra Pradesh is the largest district of the state. You will be able to see a lot of historical monuments in this area.   Anantapur is known for silk business. In this article, I am going to tell you about some famous sights established in Anantapur , in reality you are going to be very fun then keep reading and enjoy.  1. Penukonda a historical place Ghanghariya  is the second name of Penukonda . There are so many temples in this place and about 365 of them are made in the name of Hanuman and everyone has taken their different beauties and their own story. Best tourist places in himachal pradesh  Actually Penukonda is a fort built by Vira Virupanna .
Post a Comment
Read more

Top 13 Most Visited Places in Haryana

August 06, 2020
I am Rajkumar Baghel and I am a professional traveler  www. mypassion.co.in  is my blog and I am searing you through my experience blog related to travel. In this blog, you will get to know about the best tourist destination in the country and the world, the best hill station, the best honeymoon destination, the best travel destination, and many famous and beautiful tourist beaches. And in this blog, in which season, where should I go with the family or where and how can I go on a honeymoon and how much will it cost me. Morni Hills Haryana Top 13 Most Visited Places in Haryana Intro:- Haryana is a unique state of India which boasts of a different beauty, which has been successful in maintaining its history and seeing an exciting future.  The people of Haryana understand and love the arts and culture from the bottom of the heart and one example of this is that in Haryana, many festivals are celebrated with great enthusiasm and cultural programs are held from place to p
Post a Comment
Read more